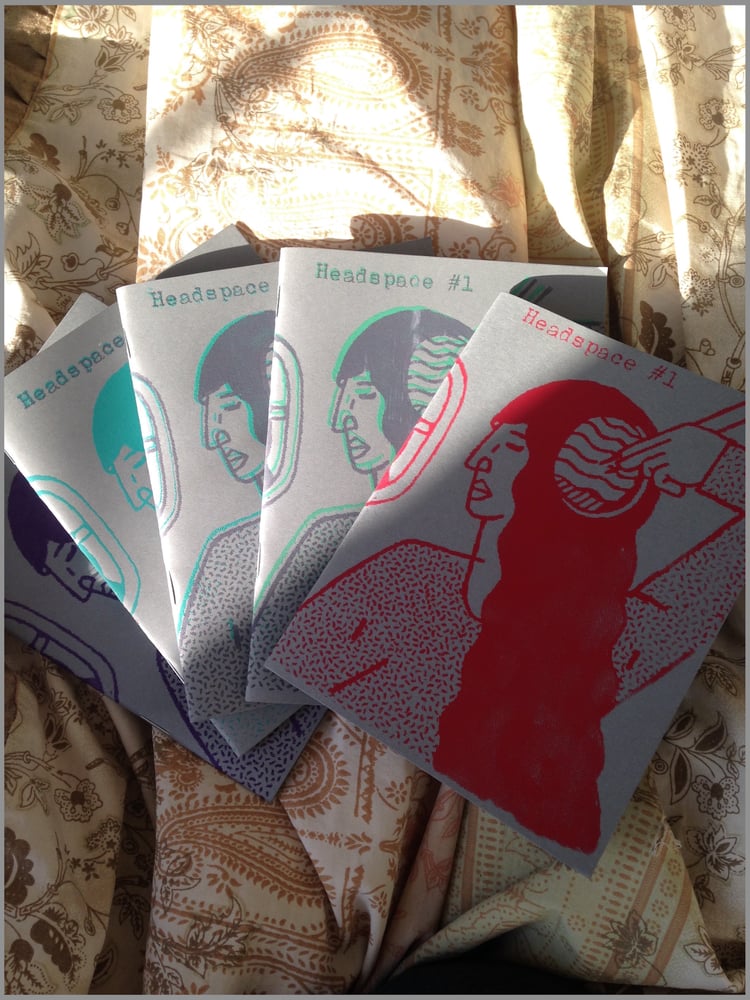 Headspace #1 is a book about belonging.

I moved to Brooklyn in December 2014. I had no job, and in the midst of talking (and talking and talking) to my  friends about how terribly exciting and strangely depressing living in a new city is, I kept asking them the same question: “What’s going on in your brain?”

Talking to them reminded me of something Sharon Van Etten said during her show at Thalia Hall: we’re all just trying to find somebody to relate to. In an effort to understand how to process my feelings about moving and starting over, I reached out to my near- and far-flung friends and asked them to write about how they think about change. They thought about their own experiences with moving and loving and losing and translated their messed-up insides into essays and poems and art, and I made it all into a book.